What Is Basement Water Tunneling? 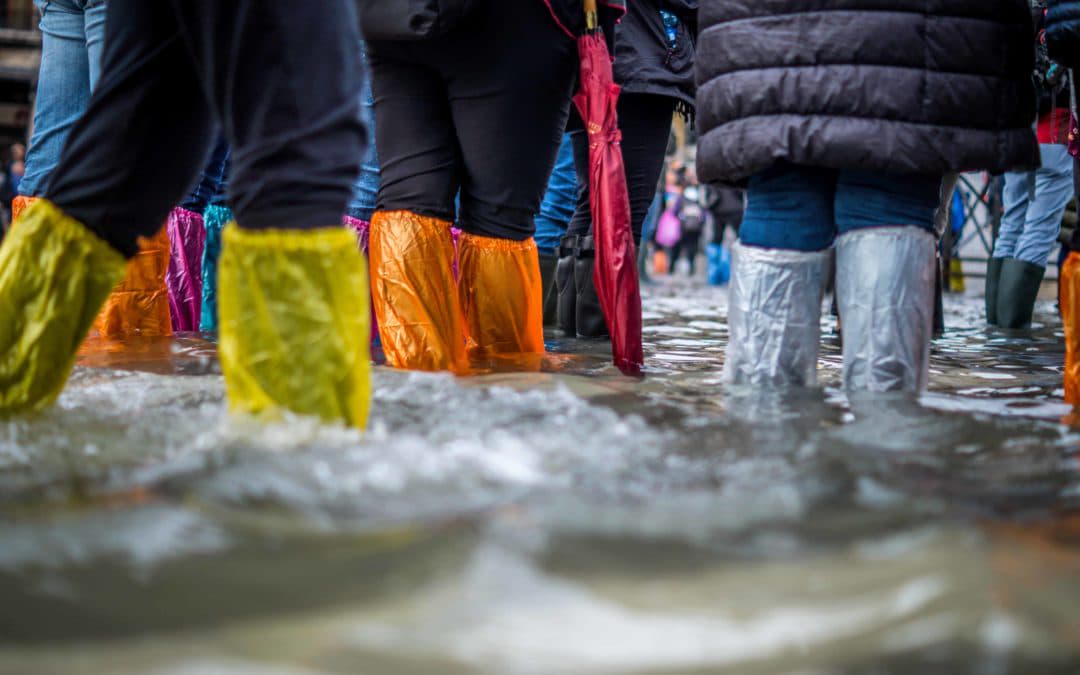 When water enters your basement, it can cause everything from minor to major damage. Small hairline cracks might appear, as might wet spots. If water has been present for an extended period of time, those cracks might be wide, concrete may crumble, mold could start growing, and basement or crawl space walls might bow. Saturated soil causes all of this as it expands beneath and around the foundation.

Expanded soil creates pressure against concrete, not only pushing dirt against the foundation but also pushing water through the porous building material. For homeowners with water that pools inside the basement or crawl space, there are several options to get rid of it. One of these options is a water tunnel, which uses hydrostatic pressure to drain water from inside your basement or crawl space.

It’s time for a quick science lesson. Earth’s gravitational pull affects every fluid molecule on the planet, whether the liquid is stationary or moving. This pull makes the fluid move where it most easily can move. Think of it like water in a traffic jam shifting into a lane that has the least cars that are moving at a faster pace.

Water tunneling utilizes the idea of hydrostatic pressure to help drain water from the inside of a basement or crawl space. Foundation experts dig a channel down along the wall on top of the footing. Water is collected from around the footing and under the floor, at which point, the water is directed away from the home. Water tunnels often work in tandem with a sump pump to make sure all flood water is pumped out of the home.

Do You Need It?

If your home is prone to flooding, you definitely want to drain the water from the foundation — whether it’s a water tunnel or something else. Water tunneling does involve some construction, as the channel must be dug and the floor re-poured around the edges. Other options include a sump pump or two with battery backups in case of power failure during a storm.

If you don’t have something to take care of the water, it will sit on your foundation floor. This doesn’t mean it’s not doing anything. In addition to creating moisture in the air on which toxic mold thrives, it means your foundation and basement are not waterproof. A waterproof foundation is essential to the structural integrity of the house.

You might be inclined to overlook a few hairline cracks in the basement or crawl space. After all, some settling always occurs after you build a new structure, and sometimes that leads to a few tiny hairline cracks that don’t get any bigger over time. However, cracks that are already wide, ones that get bigger, or are numerous are causes for concern. This is the beginning of major damage. Cracks don’t mean your home is in danger of becoming the Leaning Tower of Pisa, but they are warning sides that you need to do something before worse things happen.

What’s the worse that could happen? Well, walls might start to bow, causing floor joists to move. If the joists move, so does the floor above it and other framing elements. This can result in cracked windows, sagging floors, or doors that don’t latch or need a shoulder bump in order to close. Cracks could appear in the ceiling and your chimney could start tilting.

It’s best to deal with water issues as soon as possible.

Acculevel can install a water tunnel to help drain water away from your home as well as install as many quality sump pumps as you need. Basement and foundation experts since 1996, our honest and experienced staff can help you decide what method is best for waterproofing your foundation or crawl space. If you live in the Midwest and need foundation waterproofing, give us a call at (866) 669-3349 or email us at [email protected].